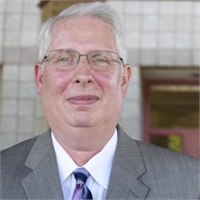 Mr. Werner has been in the financial services industry since 1981. He focuses on Retirement Income Planning as well as Investment and Estate Planning. Mr. Werner graduated from the University of Missouri-St. Louis with emphasis in Accounting, Economics and Finance. He has taught courses on Disability and Business Planning for the Life Underwriting Training Council as well as the investment course as an instructor for the American College. He is currently completing his Masters of Science in Financial Services.

Mr. Werner has been a guest speaker for several sheltered workshops in Missouri, the Alliance for the Mentally Ill, and the ALS Society on the topic of Estate Planning for Parents of Disabled Children. Mr. Werner has produced and presented continuing education seminars on Financial Planning and Basic and Advanced Estate Planning for the National Association of Insurance and Financial Advisors as well as a Taste of MDRT IV. He has also lectured on Retirement Planning for AARP and the International Association of Financial Planners. Most recently he was a guest lecturer at St. Louis University School of Law.

He has been awarded the Associate of the Year award in 1996 and 1999, The Manager of the Year award in 1997 and qualified for the Million Dollar Round Table in 2000, 2002, and 2004 thru 2015. Mark also qualified for Court of the Table in 2009. He spent 4 years as Chair of Student and Graduate Studies on the board of The Society of Financial Services Professional St. Louis chapter.

Mark was married for 32 beautiful years to Dianna. She passed away in October of 2016 after a long battle with cancer. Mark continues to live in South County where his daughter Megan and her husband live nearby. All 3 attend church together at The Journey, South County.

Mark graduated Normandy High School---class of "1979 and a half" , he says! (Technically the class of '80, but he finished early!)

While his favorite TV show of all-time is The Big Bang Theory, in his down-time Mark loves to binge-READ (like Netflix binge-watching, but with books!). He picks a series and binge-reads the entire series until he is finished. One of his favorites is the Jack Reacher series, by Lee Child.

Mark is also a self-proclaimed nerd and loves Superhero movies. He's grateful his daughter and son-in-law enjoy them, too, and they often go to the movies together!

If you ever notice Mark always picks the same seat at church or the same parking spot at the office, that's because Mark has CDO---“it's like OCD, but with the letters in the right order!”